Les Usines Louise is an experimental space for collective invention: A studio and office down by the river of Ain in France, a 16 acres patch of land somewhere in the middle of Texas and this web space.
All of the above are under perpetual construction and creative commons [cc by]. 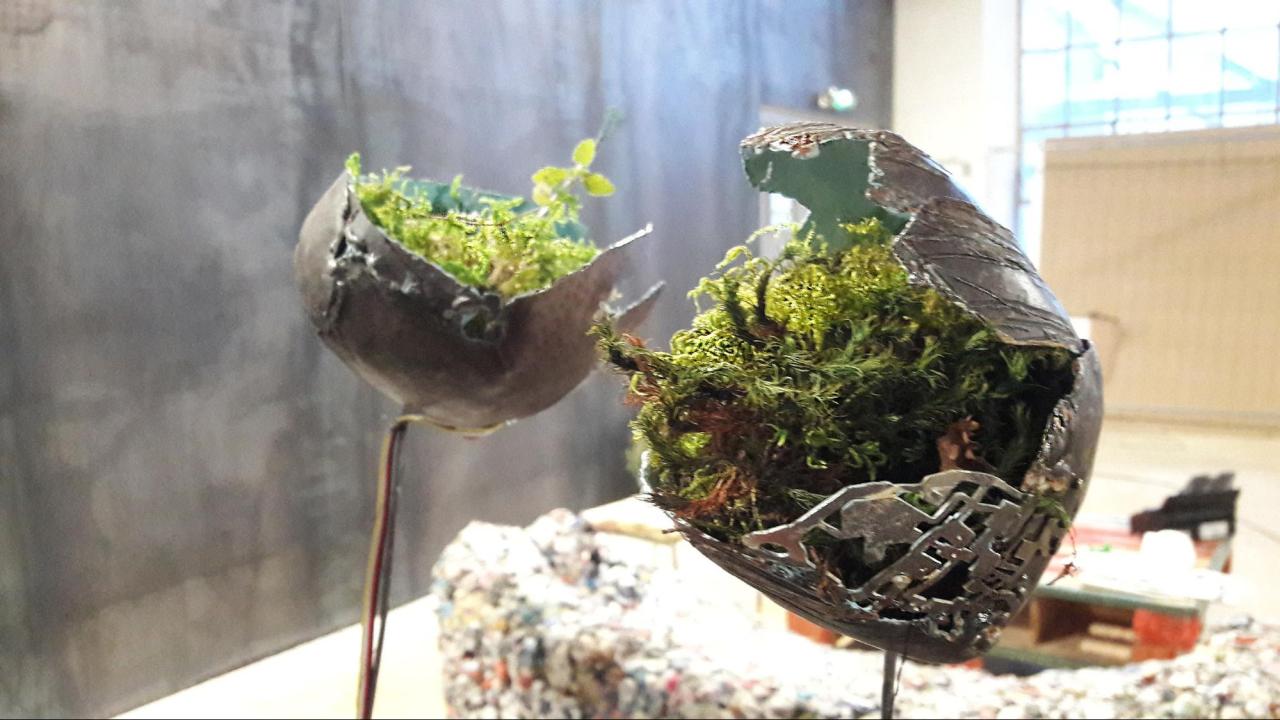 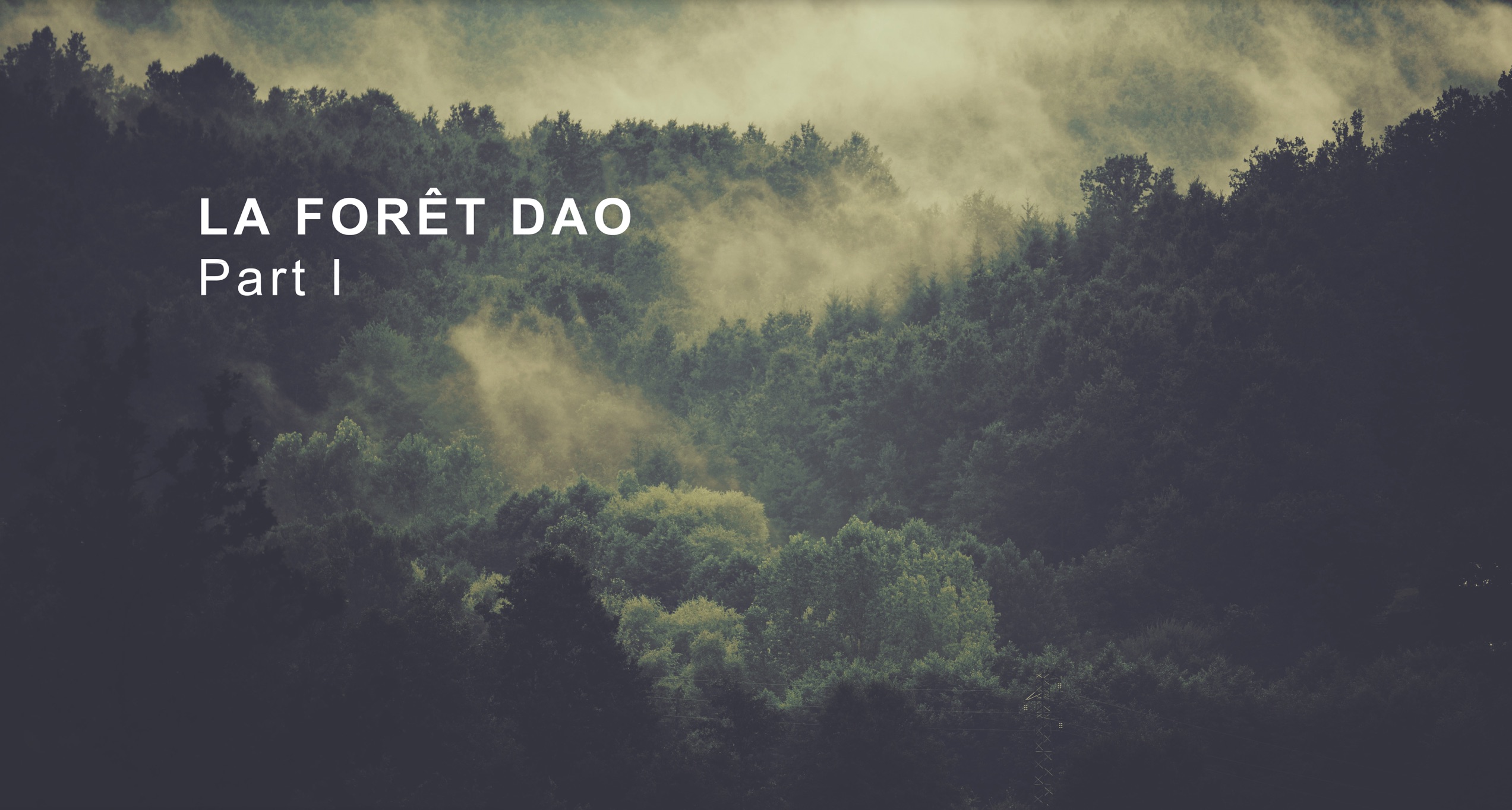 In its current forms it is an online community linked with natural places and electronic sculptures. Anybody can add a natural place or a sculpture, give a donation and vote for their “gardener” responsible to take care of the resource. Presented at the international biennial of Design in Saint-Etienne, we have been working with designers on the links between the design of the digital decentralized network and the commitment of users. 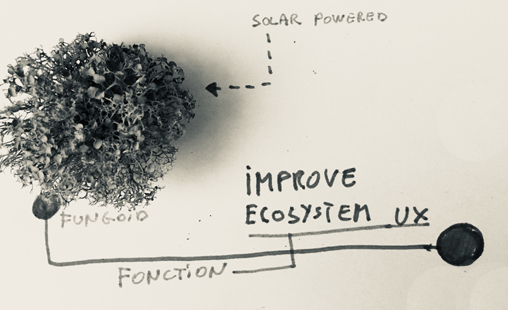 The intervention tests the idea of a cooperative in which trees and rivers are shareholders on an equal footing with men. In this universe, the ecosystem is an industry, photosynthesis has become a shared knowledge (a common one) that mainly provides depolluting fungi with energy. Humans derive their income from direct contributions they can make to the ecosystem or pay a tax on the landscape when they benefit more than they benefit from it... 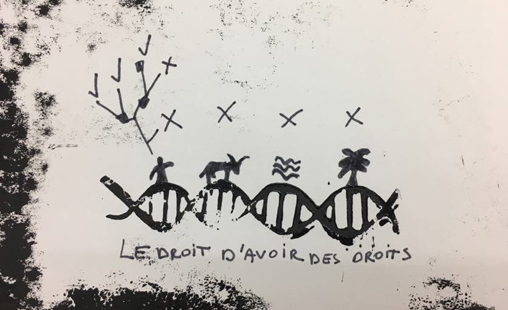 At this stage, the primary focus is reciprocity and observation- to steer clear of the assumption that nature is there for humanity’s personal use and to develop  a “symbiotic biomanufacturing proces”. 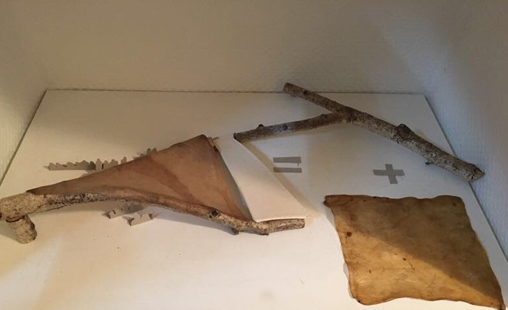 A model of a shelter whose structure is a birch branch and the roof a mebrane of SCOBY (symbiotic culture of bacteria and yeast); two bioproduced materials. This model shows a "cultivated" architecture, a kind of agro-architecture where houses would be grown. The experiment included growing several leather like sheets of "scoby"  in the studio and testing structural potential with real trees in the Texas forest. 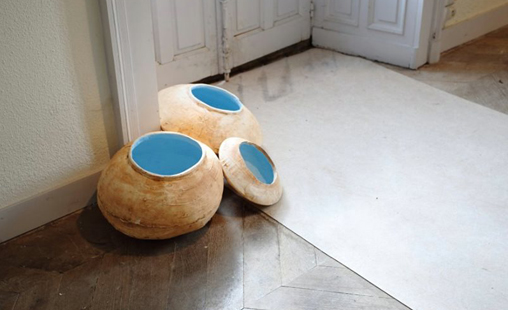 These mental spaces are bigger, they are intended to be used as a support for human imagination, as a stepping stone to start looking at things from a tree point of view maybe?

As it turns out, plants have photosensitive pigments on their surface and they can feel blue sky and move towards light. So I kept the color blue for the prototypes.
. 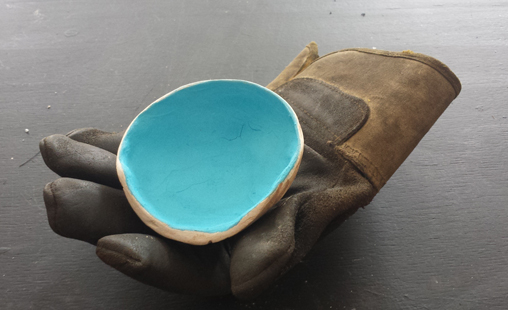 Initially, I started making these sculptures I call “Mental Spaces” as a mean to create tools to think with your hand. The original ones where small bowl like shapes filled with an intense blue, meant to “hold” the ideas, allowing you to manipulate them.